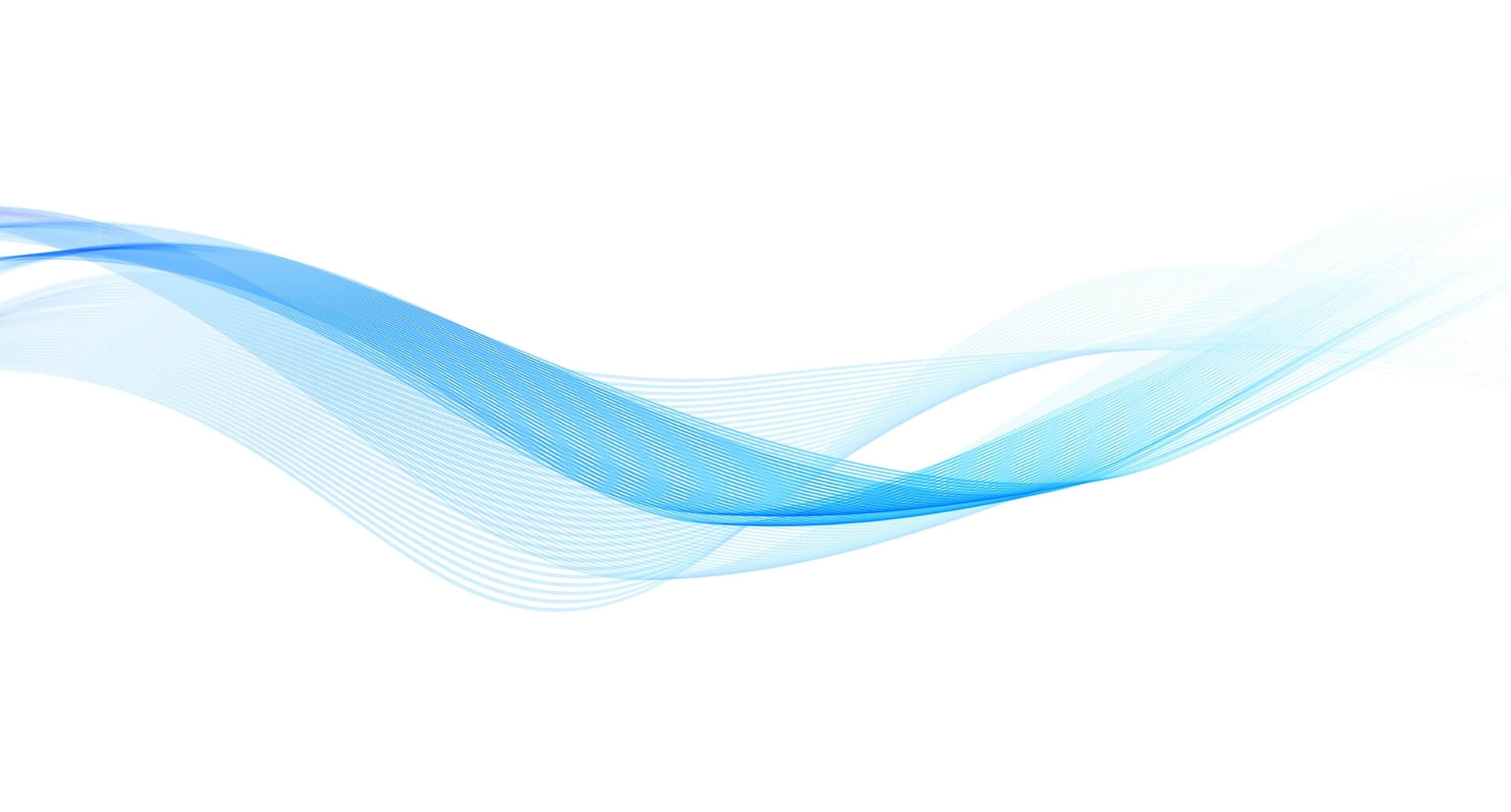 OUGEO will push forward with its global engagement strategy, which applies and expands the resources of the university’s education and research as well as those of the local community to global-scale issues in order to mutually collaborate with various stakeholders, including international organizations, for the realization of human welfare and planetary health. This strategy aims to make valuable assets of the strengths and characteristics of the university and local community and to drive the university as a global gateway to the region through direct collaboration with like-minded international organizations.

OUGEO, as part of a leading world class university, will act as an engine that links SDG University Management with global engagement strategies to promote education, research, and social engagement services that contribute toward the realization of a decarbonized society, a circular economy, and a decentralized society through partnership projects.

As a university for the promotion of the SDGs, we will contribute to stabilizing our management base and enhancing our international presence by strengthening our research capabilities.

Engage in research and analysis, conduct interactions with mainly with foreign institutions, and coordinate with the university.

Search for and communicate with overseas universities suitable for global alliances and strengthen inter-university networks.

The concept of this design is derived from nature—
that is, the relationship between the Sun and the Earth. Light from the activities of OUGEO energizes the water and earth. This energy produces growth like a plant that blooms by producing many buds.

ESD for 2030 was adopted at the United Nations General Assembly in September 2019. ESD is the foundation for achieving the SDGs and is currently making rapid progress around the world. As Asia's first UNESCO chair on ESD education, Okayama University is promoting its efforts as a global hub for ESD education to achieve the SDGs through alliances with international organizations, including holding the ESD Teacher Education World Congress in July 2019 and concluding the MoU (Comprehensive Partnership Agreement) with the Earth Charter Headquarters in June 2020. 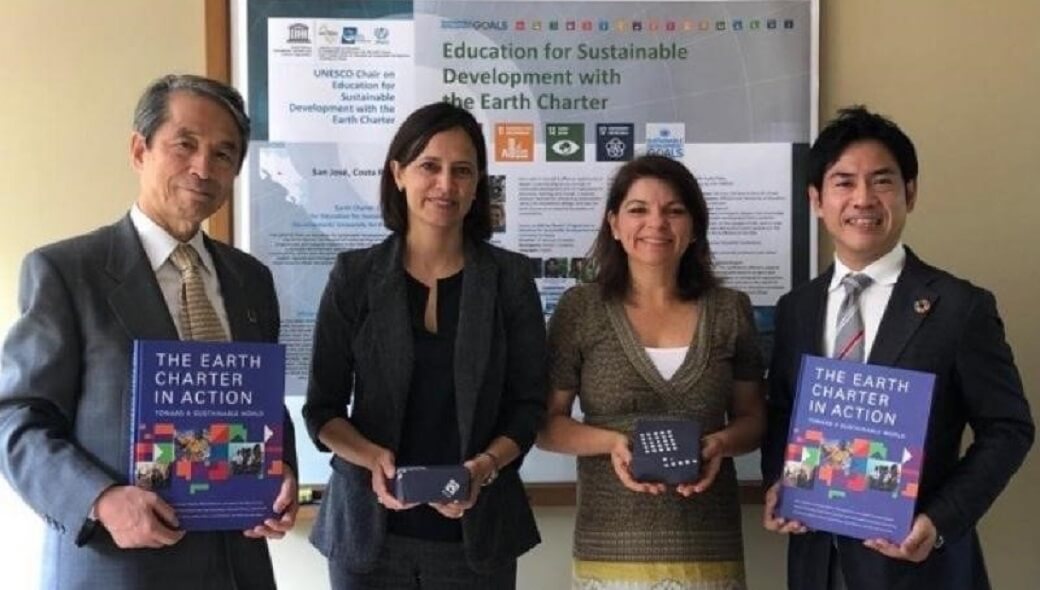 The Ushimado coastal laboratory attached to the Faculty of Science.
International joint research contributing to the United Nations Decade of Sustainable Marine Science.

As a world powerhouse hub in the marine science field, Okayama University is conducting strong collaboration with the University of Hawaii and the University of Kiel, Germany, at the Coastal Laboratory attached to the Faculty of Science (Ushimado). In order to contribute to the United Nations Decade of Sustainable Marine Science adopted by the United Nations General Assembly in 2017, we will aim to become a global base by further strengthening our efforts the field of marine science and promoting international joint research. 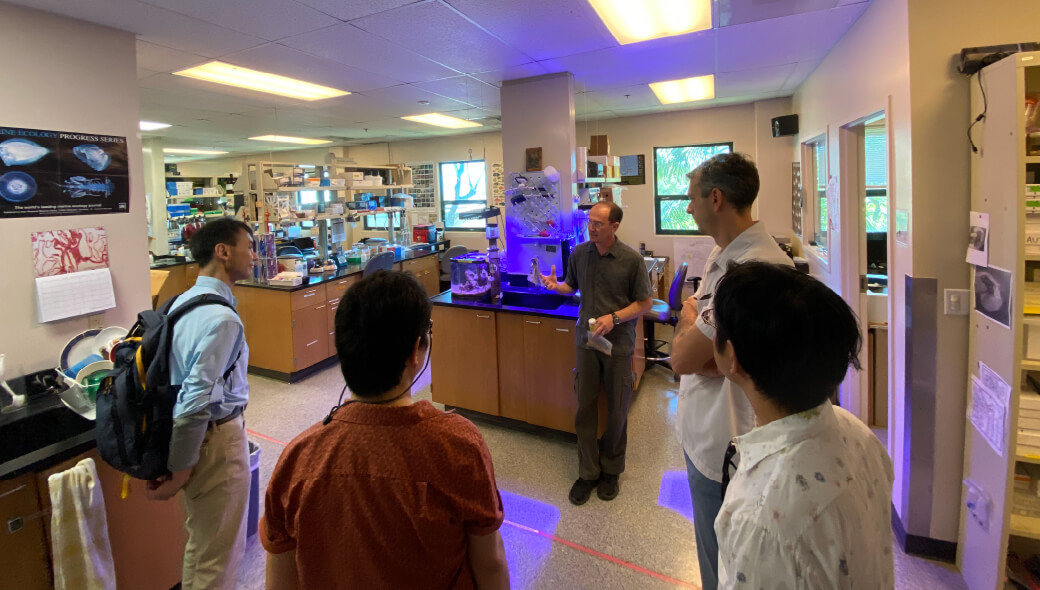 In January 2020, Okayama University signed the world's first MoU as a university to develop human resources for science, technology and innovation to achieve the SDGs (STI for SDGs) with the United Nations Conference on Trade and Development (UNCTAD), one of the UN’s core organizations. In cooperation with UNCTAD, we will disseminate the results of the STI for SDGs human resource development program from Okayama University to the world. 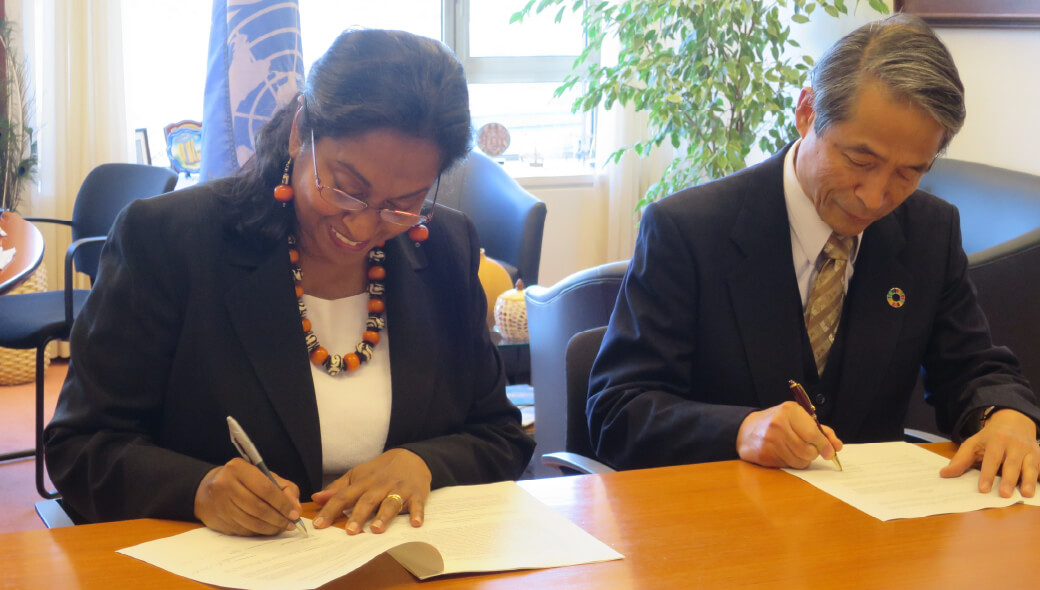 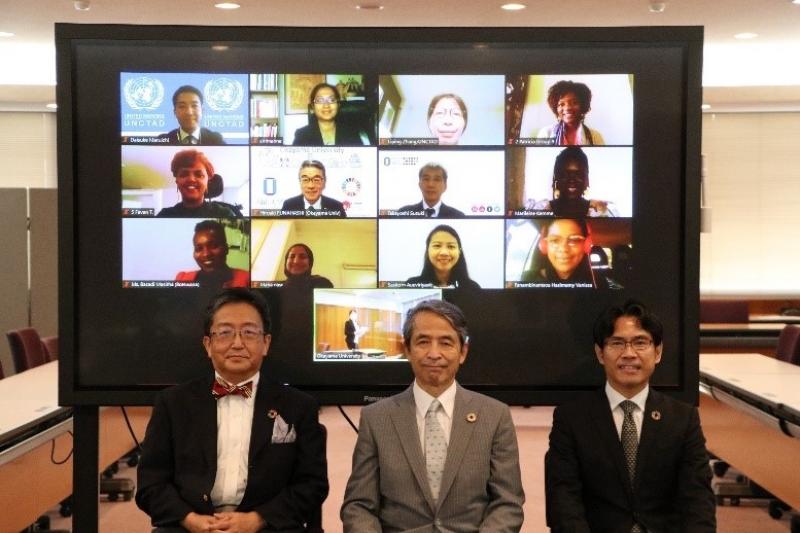 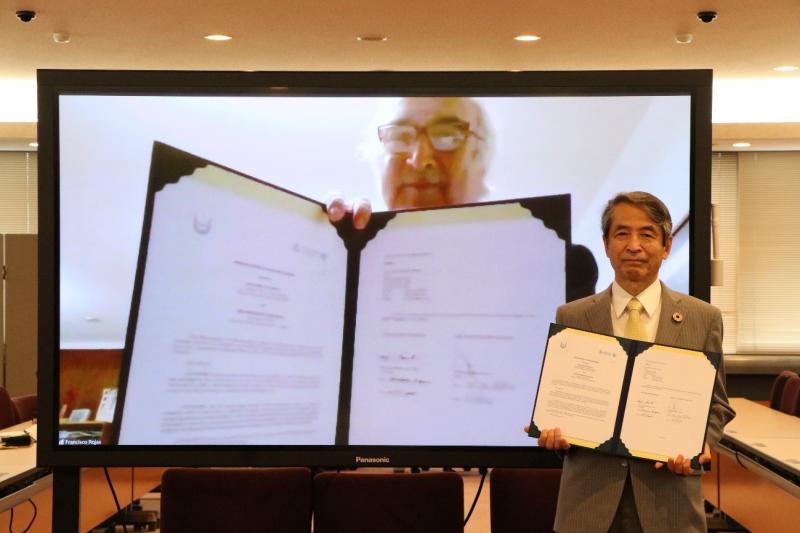 Signing Ceremony Held to Celebrate the Memorandum of Understanding between... 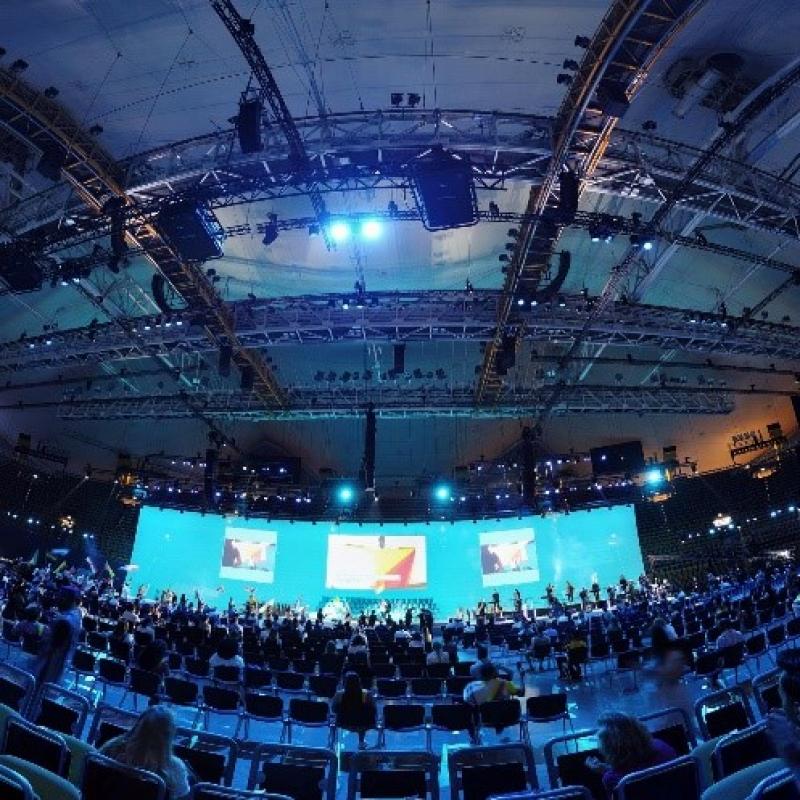 On February 28, 2018, Okayama University established the Okayama University SDGs Promotion Headquarters with the aim of promoting university management from the perspective of achieving the SDGs and promoting initiatives to build more integrated partnerships with the local community and the international community. As a long-term vision for 2030, the target year of the SDGs, Okayama University announced, “As a research university that pursues sustainability and wellbeing, we will create new value for the world and region through human resource development and social innovation and realize the creation of the International Academic Center of Okayama which is rich in sustainability and inclusion, through collaboration with diverse stakeholders." 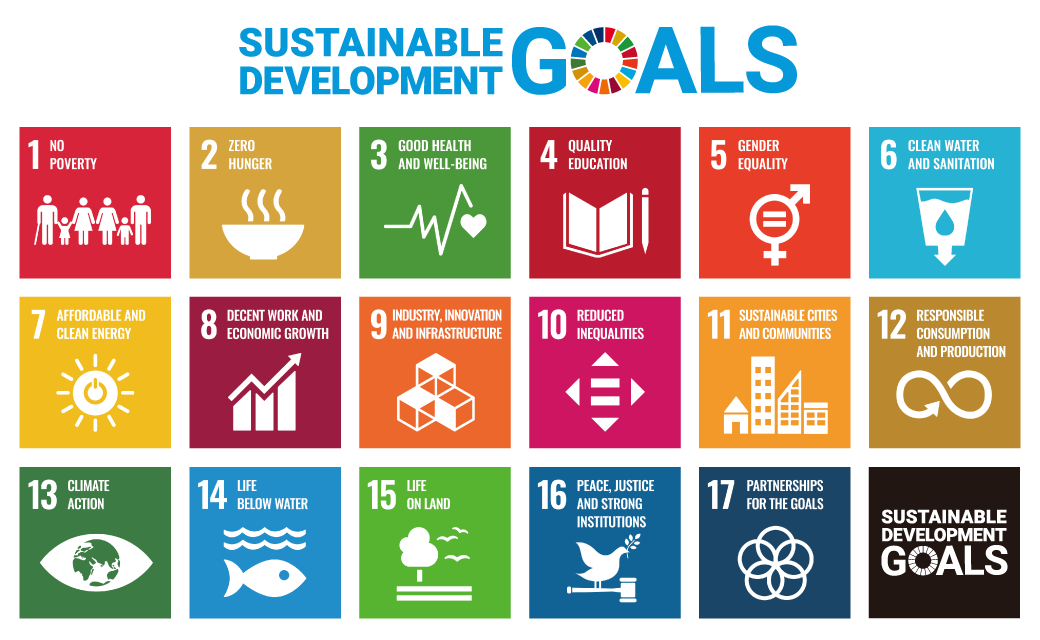 Additionally, each score ranked among the top 200 universities globally. In recognition of our efforts to provide medical and welfare services to the public in collaboration with local community, SDG3 ranked especially high, coming in at 90 globally.

Compared with 2020, the total number of universities included in the ranking increased significantly, from 768 to 1,115 (domestically, the number of universities increased from 63 to 73). Despite this, Okayama University improved its ranking from last year (201-300), reflecting the positive impact of our SDGs university management action plan. As a SDGs promotion research university, we pledge to continue advancing SDGs initiatives through “co-education and co-creation”.